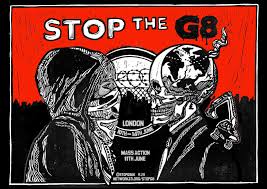 The other day, in the midst of being interviewed, I was asked “How do you know that your community partnership work doesn’t just support neo-liberal policies? That you aren’t just helping the university fulfill a neo-liberal social role?”

While answering the second question is the topic for a much longer essay, I answered the first question by asserting a set of “principles.” Among the principles were the following:

While I am sure more could be added and those listed expanded upon, my sense is this is at least a beginning – a tentative framework from which to develop future work.

There have been numerous theoretical “turns” in Composition/Rhetoric – linguistic, social, cultural, and public, to name a few (Rorty; Berlin; Geertz; Trimbur and George; Mathieu; Warner). Each turn related to the current moment faced by scholars and students generated an expansive body of work and profoundly influenced the field. In our historical moment, a “political turn” capable of addressing the economic and material concerns of the students in our classroom, writing teachers of all rank, and the communities we live in, seems necessary given the large-scale political upheavals and economic collapse that have marked the past ten years – think Wall Street 2008, the Arab Spring of 2010, and Occupy Wall Street in 2011. Yet, in this moment of disruption and transformation, we are not very clear about the purview of politics in the writing classroom. Nor has there been sufficient theorizing on the political role of the writing teacher outside the classroom in response to issues ranging from the exploitation of contingent labor and the impact of neoliberal policies on higher education to climate change, skyrocketing income inequality, and increasingly aggressive U.S. foreign policies. Disciplinary identity trumps our role as politicized, public intellectuals. END_OF_DOCUMENT_TOKEN_TO_BE_REPLACED