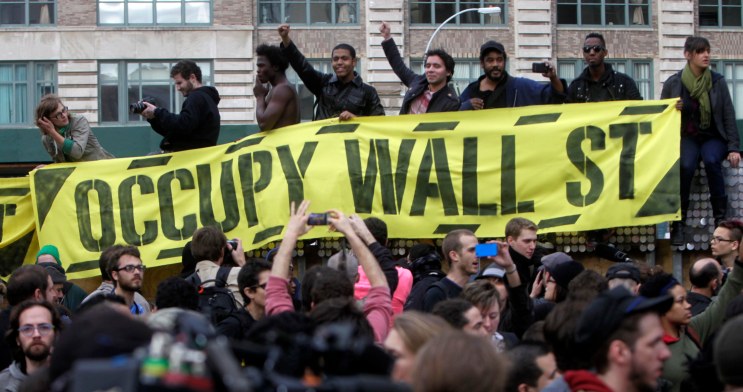 There have been numerous theoretical “turns” in Composition/Rhetoric – linguistic, social, cultural, and public, to name a few (Rorty; Berlin; Geertz; Trimbur and George; Mathieu; Warner). Each turn related to the current moment faced by scholars and students generated an expansive body of work and profoundly influenced the field. In our historical moment, a “political turn” capable of addressing the economic and material concerns of the students in our classroom, writing teachers of all rank, and the communities we live in, seems necessary given the large-scale political upheavals and economic collapse that have marked the past ten years – think Wall Street 2008, the Arab Spring of 2010, and Occupy Wall Street in 2011. Yet, in this moment of disruption and transformation, we are not very clear about the purview of politics in the writing classroom. Nor has there been sufficient theorizing on the political role of the writing teacher outside the classroom in response to issues ranging from the exploitation of contingent labor and the impact of neoliberal policies on higher education to climate change, skyrocketing income inequality, and increasingly aggressive U.S. foreign policies. Disciplinary identity trumps our role as politicized, public intellectuals.

This collection proposes an examination of what a political turn might produce for our work in Composition/Rhetoric, a turn that grounds itself in the material needs of the current moment and draws theory from activist practices inside and outside the academy – a turn that goes beyond spinning new theories to establish the groundwork for a set of practices designed to interrogate the word and the world more critically; circulate texts more democratically among local publics; enable participation, resistance, and ultimately transformation among local publics by establishing and maintaining communication networks in support of democratic deliberation; engage with and value the contributions of everyday, ordinary people; foreground the local and its particulars over the universal or abstract at the same time it locates historically specific conditions and realities in global contexts; and, where we can, help produce systemic change. To that end, this collection seeks essays that: